New York Gov. Andrew Cuomo said the Empire State is looking at its legal options after losing a congressional seat following the 2020 Census.

New York was just 89 residents shy of keeping the seat, which has now been reassigned to a different state.

During a news conference Tuesday, Cuomo suggested that the total count may have been inaccurate and claimed the Trump administration made undocumented immigrants “nervous to come forward.”

“I do believe the federal government had a chilling effect,” he said. “We’re looking at legal options because when you’re talking about 89 — that could be a minor mistake in counting, right?” 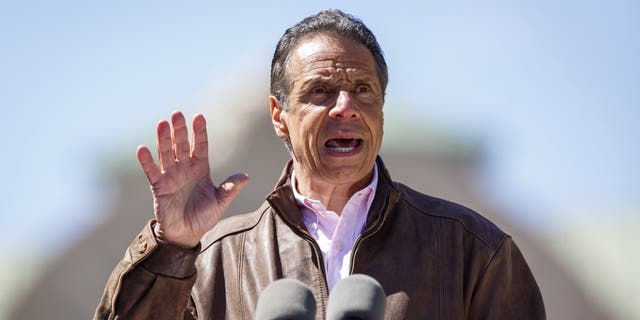 The statements come as the governor is fending off fallout from numerous sexual misconduct accusations as well as a scandal surrounding his administration’s underreporting of the coronavirus death toll in New York’s nursing homes and other care facilities. State lawmakers and the attorney general have both opened investigations into allegations from at least nine women, and Cuomo has refused calls from high-profile lawmakers that he step down.

Every 10 years, the Census results in a reapportionment of the House of Representatives’ 435 congressional seats.

New York, along with other states in the Northeast and Midwest, saw steady population decline over the past decade as residents left for a variety of reasons.

The high-taxed Empire State continued the shrinkage of its share of House seats that began in the 1950s, when it held 45 of them. It will now drop from 27 to 26.

New York GOP Chair Nick Langworthy charged on Monday that the “news that New York will lose another congressional seat is a sad but unsurprising commentary on Andrew Cuomo’s failed leadership.”

It was not immediately clear whose House seat would be eliminated, but it would likely belong to a Republican. And a redistricting effort at the state level, which Democrats could influence with control of the state legislature and the governor’s office, could reduce the number of GOP members of Congress from New York further.

“We have no future as a state when our federal representation continues to shrink, our jobs continue to be destroyed and our residents continue to flee to other states,” he argued. “We are a state that is failing and in desperate need of a life-saving treatment — a Republican governor who will change course and reverse New York’s decline.”