A Democratic stronghold in Congress, New York joins California, Illinois, Michigan, Ohio, Pennsylvania and West Virginia in losing a congressional seat — though the Empire State had by far the slimmest margin. The states, as result, also lose the electoral votes that come with the seats.

Colorado, Florida, Montana, North Carolina and Oregon will each gain one seat in Congress.

The shift in congressional seats, which were announced by US Census Bureau Monday, could shuffle the political makeup of Congress and set up what will likely be contentious redistricting battles in the coming months. The results underscore the power of the Census Bureau’s massive once-a-decade effort to count the US population. 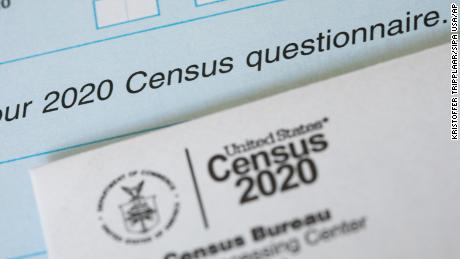 Beyond determining how many representatives each state gets in Congress, the census also informs how billions of dollars in federal funding is spent. Schools, roads and other important things in your community gain — or lose — funding over the next 10 years depending on this official population tally.

Senate Majority Leader Chuck Schumer, a New York Democrat, said Monday evening that he hadn’t yet “seen and studied” the census data but maintained that Democrats are “doing very well” at winning over voters from traditionally Republican states.

“We’ve got to continue to do that. We won in states like Georgia and Arizona, which last instance you would’ve said are Republican states,” he told CNN’s Erin Burnett on “OutFront.”
Census officials said Monday they were “very confident in the quality of the data” that they collected.

“While no Census is perfect, we are confident that today’s 2020 Census results meet our high data quality standards. We would not be releasing them to you otherwise,” acting Director Ron Jarmin said.

“2020 brought unprecedented challenges — a global pandemic, destructive wildfires, the most active hurricane season on record and civil unrest across the country. With all of that happening, the Census Bureau had to quickly adapt its operations to confront these challenges head on,” she said.

More detailed data will also be released in the coming months that states will use to help draw the boundaries of their congressional districts. The agency has said those redistricting counts are expected to be released by the end of September.

This story has been updated with comments from Senate Majority Leader Chuck Schumer.

CNN’s Dan Merica and Liz Stark contributed to this report.