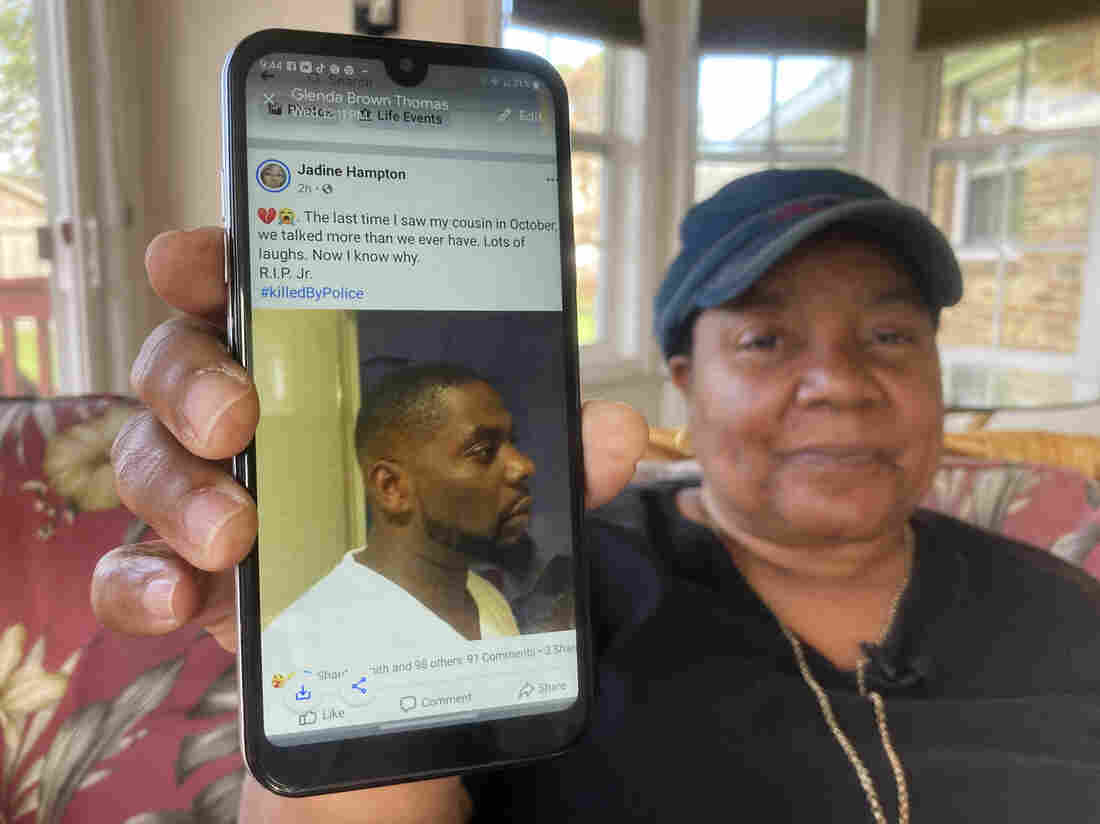 Glenda Brown Thomas displays a photo of her nephew, Andrew Brown Jr., on her cellphone at her home last week in Elizabeth City, N.C. Brown was shot and killed by sheriff’s deputies attempting to execute a warrant. 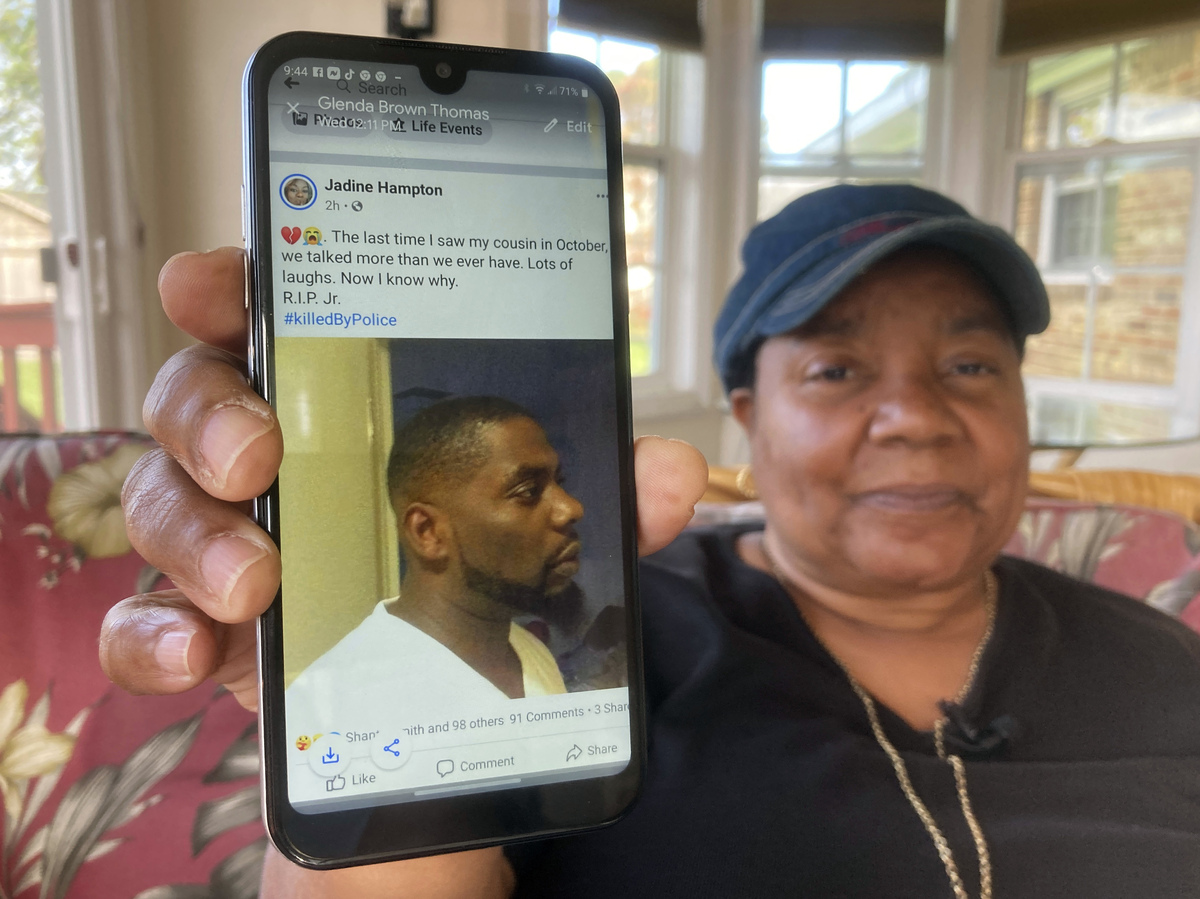 Glenda Brown Thomas displays a photo of her nephew, Andrew Brown Jr., on her cellphone at her home last week in Elizabeth City, N.C. Brown was shot and killed by sheriff’s deputies attempting to execute a warrant.

A judge in North Carolina ordered law enforcement body camera footage of the death of Andrew Brown Jr. disclosed to his family, but not released to the public until completion of a state investigation into Brown’s death.

A coalition of media organizations had requested the release of the footage, but Foster ruled the media did not have standing to petition for release, and that the public release could harm the reputation or safety of the deputies depicted in it and affect the state’s investigation.

The judge said five body camera videos and one car camera video will be disclosed to Brown’s family and to their attorney. He ordered all faces and nametags of deputies blurred.

Foster ordered the videos released to the public in no less than 30 and no more than 45 days. The state must notify the court when its investigation is complete.

Attorneys for the Brown family said they were “deeply disappointed” by the judge’s decision not to immediately make the footage viewable by the public.

“In this modern civil rights crisis where we see Black people killed by the police everywhere we look, video evidence is the key to discerning the truth and getting well-deserved justice for victims of senseless murders,” they said in a statement. “Just look at the murder of George Floyd — if the world had not seen that clear and disturbing footage, there might not have even been an ounce of accountability for those officers. We refuse to be discouraged and vow to keep the pressure on these agencies until we get to the truth.”

In a hearing Wednesday morning before Foster, District Attorney for the First Prosecutorial District Andrew Womble argued against the release of the videos, saying doing so could interfere with the investigation. He instead asked the judge to “disclose” immediately any footage he deems to be “appropriate” to the Brown family.

Attorneys for Brown’s family said Monday they were frustrated so far only to be shown 20 seconds of body camera footage. Deputies’ faces were blurred before the family viewed it.

Womble asked the judge to release videos in 30 days but also said he would request another delay at that time if there’s a “change in circumstances” and he believes criminal charges are required.

Womble disputed the accounts of attorneys for Brown’s family – who have called Brown’s death an “execution.” He said Brown’s car moved and “made contact with law enforcement” before deputies began shooting.

“The next movement of the car is forward, it is in the direction of law enforcement, and makes contact with law enforcement. It is then and only then that you hear shots,” the district attorney said.

He asked the judge to admonish attorneys against making “extrajudicial comments” that could prejudice a jury.

Mike Tadych, an attorney for a media coalition petitioning for release of the videos, said the stark contrast between the Brown family’s account of the shooting and Womble’s characterization of the footage is all the more reason to release it. “The best vaccine to rumor is fact,” he said.

An independent autopsy commissioned by Brown’s family found that Brown died from a fatal gunshot to the back of the head.

The FBI said Tuesday it was launching a civil rights investigation into Brown’s death. North Carolina Gov. Roy Cooper has called for a special prosecutor to handle the case.

Elizabeth City Mayor Bettie Parker said she is disappointed the public will have to wait longer before the footage is released. She herself has not been permitted to view any video of the incident.

“That’s unfortunate, because [residents] expect the leader of their town, the face of their city to know more. But I don’t. Because the county is not sharing with me, nor with my manager or police officers,” Parker told NPR’s All Things Considered.

She worries the delay in releasing of the footage increases the likelihood of violence in the city Wednesday night. Parker has declared a state of emergency and a curfew from 8 p.m. Wednesday to 6 a.m. Thursday.

Her message to the town’s residents? “Continue to be nonviolent. Continue to be peaceful,” she said. “Our citizens are, and they are listening to us.”

Still, the mayor said she has received intelligence suggesting the possibility of a disturbance.

And while the video hasn’t been released yet, Parker noted it will be — within 45 days.

“It’s coming. If you come out, and you go from peaceful to violent, it’s not going to make a difference if your objective is to get a look at the video.”