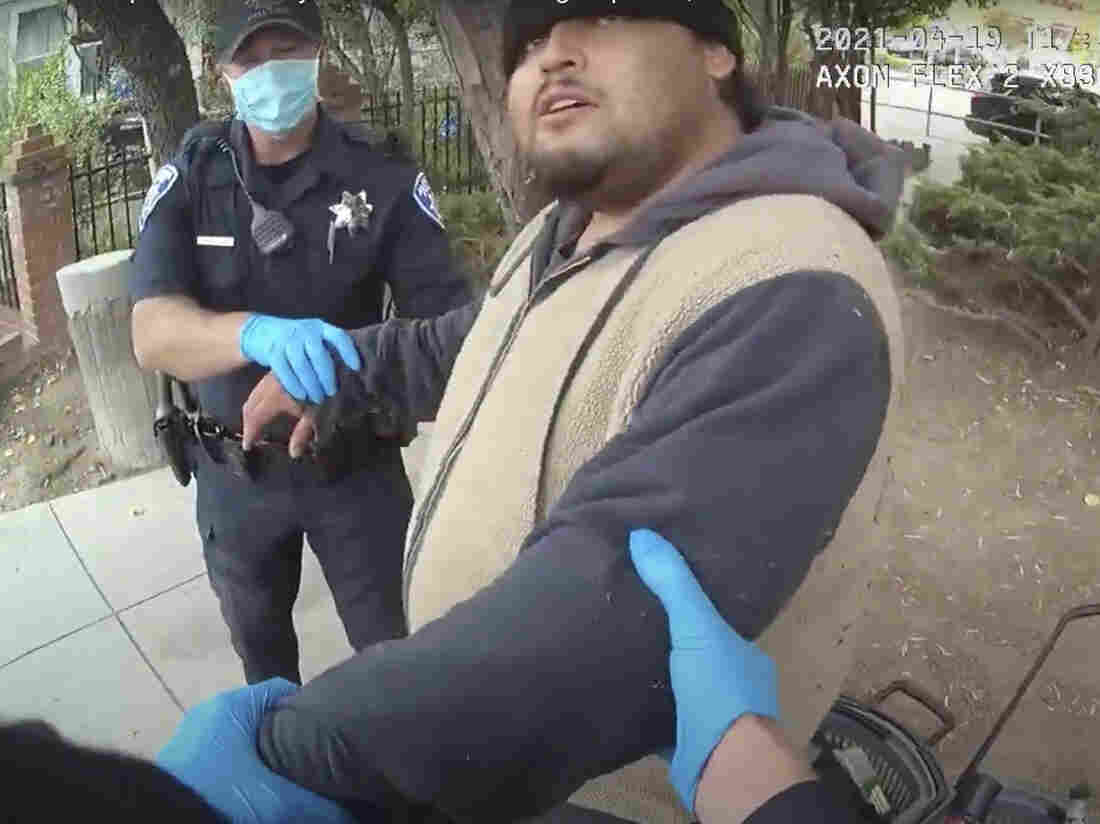 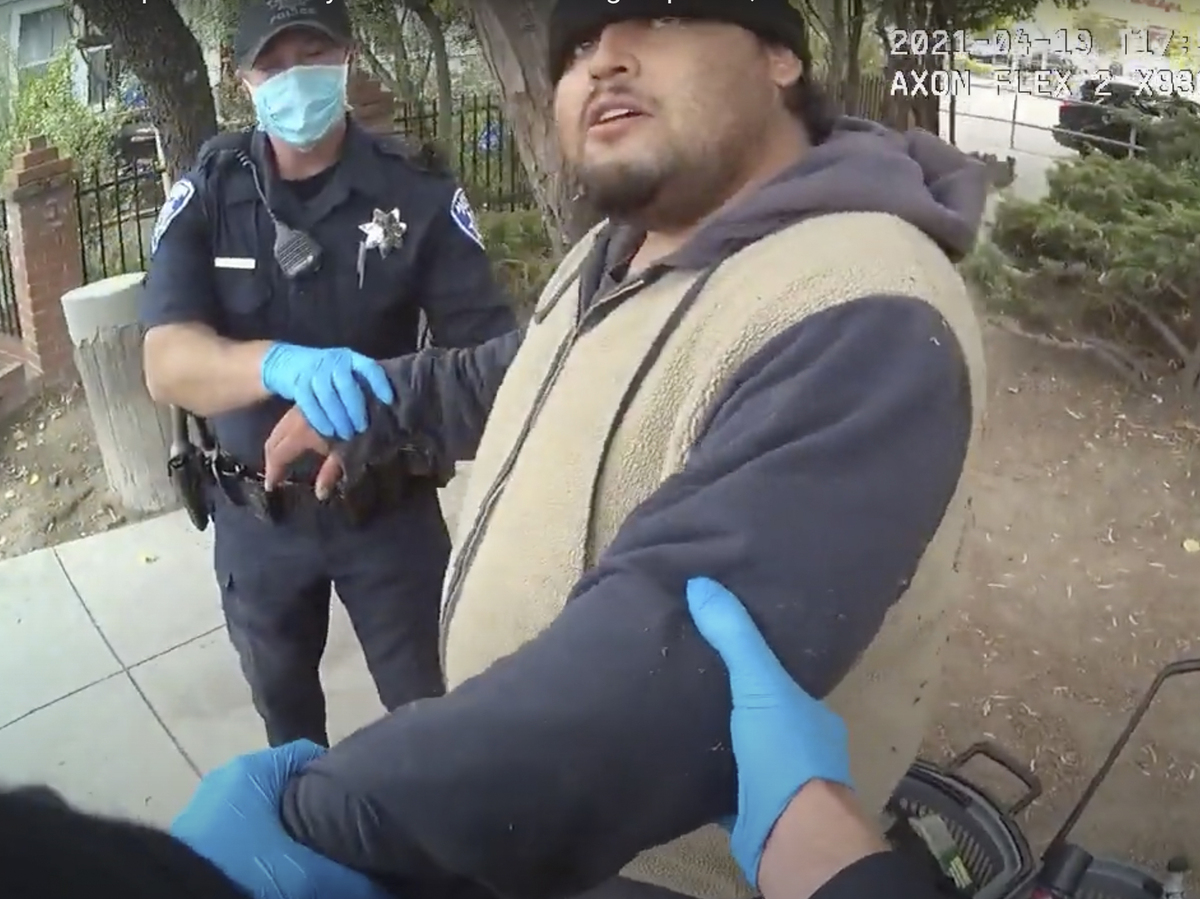 On Tuesday, the city of Alameda, Calif. released police body camera footage of an interaction with a 26-year-old man who died after police pinned him to the ground for at least five minutes.

Mario Gonzalez, of Oakland, died April 19 after what police previously called a “scuffle” with officers. The Alameda Police Department said Gonzalez suffered some sort of “medical emergency” following an interaction with police.

Following criticism from Gonzalez’s family, the city released the nearly hour long video that included body camera footage from multiple officers on scene and the original 911 call. Officials edited the video to redact personal information from the caller and Gonzalez’s face after he becomes unresponsive.

During the struggle with Gonzalez, officers can be seen placing arms and knees on his back to keep him restrained. The video shows Gonzalez unresponsive after police pin him to the ground for several minutes.

The footage has raised comparisons to the death of George Floyd, a Black man killed in Minneapolis last year after former police officer Derek Chauvin kneeled on his neck for more than 9 minutes. Chauvin was convicted of murder the day after Gonzalez died.

Gonzalez’s family believe he was murdered. An autopsy is pending and the cause of death has not been determined. Three investigations into the day’s events are ongoing, according to police.

The video begins with the 911 caller telling police dispatch that a man, later identified as Gonzalez, was standing near the caller’s home in a small park with no mask and talking to himself.

Police arrive, and for several minutes, they speak with Gonzalez, who is standing alone in the park with two baskets filled with bottles next to him. Officers questioned Gonzalez about drinking in the park and ask for his identification. He appears impaired during the conversation and some of his answers are barely audible in the video.

One officer pleads, “Mario, please stop fighting us.” Another officer can be heard telling his colleague not to put weight on Gonzalez as they keep him face down on the ground.

After several minutes, Gonzalez goes quiet and doesn’t respond to officers calling his name. Immediately, officers turn him over, place him on his back, check for a pulse, and begin CPR.

The Alameda Police Department said officers involved in the altercation with Gonzalez are on paid administrative leave, per the department’s “standard procedure.”

A statement on the city’s website about the video’s release said, “The City of Alameda is committed to full transparency and accountability in the aftermath of Mr. Gonzalez’s death.”