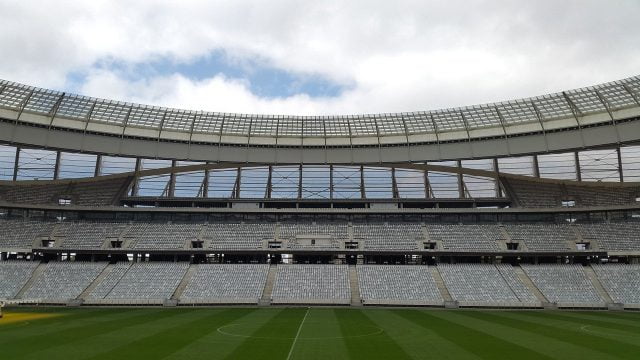 With Asia being the most populous continent in the world it makes sense that there are some huge and very impressive sporting venues to be found. Watching sport is a popular pastime no matter where you are in the world and of course; this is no different in Asia.

If you’re a keen sports fan and you are planning a trip to Asia, you may want to check out some of the biggest and most impressive sporting venues, either as part of a stadium tour or to watch a live event there.

Below are arguably five of the most impressive venues in Asia for those who love to watch sport, but feel free to comment below if your favourite is missing from the list!

Bukit Jalil National Stadium is in Bukit Jalil, Malaysia. It is part of the National Sports Complex located in the south of the city centre of the capital city, Kuala Lumpur. It is home to the Malaysian national football team and boasts a capacity of 87,411, making it one of the most impressive venues to visit in Asia if you’re a keen sports fan.

As the name suggests, Beijing National Stadium is situated in Beijing, China. It is the official national stadium of China and more commonly known around the world as the Bird’s Nest. It has a capacity of 80,000 and opened in June 2008 For the Olympic Games. It also hosted the 2008 Paralympics and will be used for the 2022 Winter Olympics and Paralympics.

Interestingly, the largest attendance to date in the Beijing National Stadium is 89,102 for the Olympic football match between Nigeria and Argentina. The Italian Super Cup has been staged here on more than one occasion.

For the more adventurous traveller, one of the five of the most impressive venues to visit in Asia if you’re a keen sports fan is the May Day Stadium. The full name of this venue is the Rungrado 1st of May Stadium and it is located in Pyongyang, North Korea. The stadium has an enormous capacity of 114,000 and is believed to be the largest stadium in the world.

A professional wrestling event jointly produced by World Championship Wrestling and New Japan Pro-Wrestling in 1995 is thought to have attracted an attendance of between 150,000 and 190,000 people.

Moving to Saudi Arabia and the King Fahd International Stadium can be found in the city of Riyadh. It opened in 1987 and has a total capacity of 68,752. It is known for having one of the largest stadium roofs in the world and played host to the FIFA World Youth Championship in 1989, just 2 years after opening.

The King Fahd International Stadium has also enjoyed a wrestling event staged by the WWE and a musical concert by BTS, who were the first international band to perform in the stadium.

Last but not least in our five of the most impressive venues to visit in Asia if you’re a keen sports fan, we come to the International Stadium, Yokohama. This is the largest stadium in Japan with a total capacity of 75,000. It has staged some of the world’s biggest sporting events including the 2002 FIFA World Cup final and the 2019 Rugby World Cup final.

Having opened in March 1998, the largest attendance to date has been for South Korean group TVXQ in August 2013, which attracted over 140,000 people.