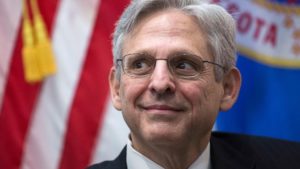 …In a Republican-controlled Senate, Jones was viewed as the easiest candidate to get confirmed given his strong relationships across the aisle. Garland was also considered a risk in that it would be difficult to confirm a replacement for him on the appellate court.

But with Democrats expected to have won the majority with a pair of upset victories in Georgia, confirmation issues with other candidates largely dissipated. The announcement of the selection could come as early as Thursday, Sen. Dick Durbin (D-Ill.) told reporters on Wednesday.

Call it karma. Call it poetic justice. Pretty soon, you can call it reality.