Each year, the Christ and Pop Culture team develops a list of the Top 25 cultural artifacts of the past 12 months. The list covers everything from film and TV to internet memes to notable events and people to music and games. But the past 12 months have been unusual, as you already know. The entertainment industry has slowed to a crawl. Gatherings are impossible. News has revolved around a certain global monster.

Because nothing is the same, our team decided to forego our usual ranked list of 25 artifacts for this past year. Instead, each writer submitted items from 2020 that managed to break through the dark days and deliver a bit of goodness. Stop by each day this week to see the roundup for the pop culture categories of film, TV, music & podcasts, books & games, and happenings & people. We hope these provide a bit of hope and a few new artifacts to enjoy. 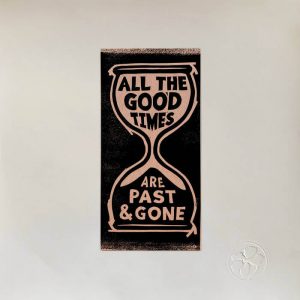 If the bloom of COVID-19 accomplished anything, it slowed life down. Things maybe didn’t get any easier, but they definitely got slower. Fewer places to go meant, well, going places less. And during the great and miserable staycation, Gillian Welch and David Rawlings sang some songs. Which is to say, they pretty much went about their regular life. The result was All the Good Times Are Past and Gone, an album of acoustic covers recorded live, straight to tape, in their living room.

It’s a beautiful, playful, and sweet record. But it’s also haunted, by songs like Bob Dylan’s “Senor” about a navigating a world that’s changed beyond your recognition, and especially by the John Prine song “Hello in There,” a song about loneliness and isolation that strikes a nerve in a time when we’re all lonely and isolated because of a disease that took the life of the song’s writer. Welch and Rawlings have made finding blossoms amid the bones their stock in trade, and singing covers, they remain masterful.

The simplicity of the recording operation in a time when complicated operations were pretty much grounded teaches a fine lesson in scale. Welch and Rawlings weren’t the only people to make and release a record in the pandemic, but to my knowledge, they were the first. Probably because there wasn’t some big machine to gear up. There were just two people, their guitars, and as much recording equipment as you could fit into an average kitchen cabinet.

There’s a level of simplicity that can be remarkably durable. COVID revealed every vulnerability and pinch point in our entire economy and general zeitgeist. The booming parts of our system were built to only operate at full speed. “Go big or go home” can’t really accommodate nation-wide stay home orders. When the toilet paper ran out and the grocery shelves emptied and network TV went to reruns, it was the human-scale stuff that could carry on almost without interruption. In All the Good Times (an album named for a song about a jilted lover in a time when we all feel pretty jilted), I can see a real conversation about sustainability, about localism, and about connectedness waiting to be had. 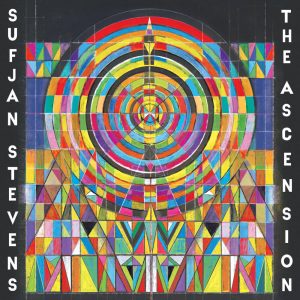 The Ascension by Sufjan Stevens

Sufjan Stevens has a knack for reinvention. After the critical acclaim for 2015’s soulful Carrie & Lowell, it would have been easy for him to follow up with another haunting acoustic offering. Instead, over the following years, Stevens has put out an Oscar-nominated single, a soundtrack for a ballet, a host of b-sides and remixes, as well as an album of New Age soundscapes. Now, in the final months of 2020, Stevens has reinvented himself again with The Ascension.

Like 2020 itself, The Ascension is a messy confluence of angst and anxiety, an electropop meditation on faith and doubt, love and loss, and the unknowability of human nature. The album opens with a prayer-like note for God (or something transcendent) to reveal himself, with Stevens singing, “Move through to me. Show me the face of all my dreams. Was it all for nothing? Make me an offer I cannot refuse.” From there, he moves through a wide range of styles and emotions, from the earnest ballad “Tell Me You Love Me Anyway” to the upbeat syncopation of “Video Game.”

If there’s a common thread throughout the album, it’s a sense of hopelessness and a loss of faith: in humanity, in patriotism, in Earth’s excessive finitude. In the title track, Stevens confesses, “But now it strikes me far too late again that I was asking far too much of everyone around me,” and in the 12-minute curtain call, he implores, “Don’t do to me what you did to America.” Stevens is finding himself where many of us are at the end of a hard year: sad, angry, and unable to trust in the institutions that once brought purpose or comfort.

The Ascension gives us a chance to process grim realities and look them in the face. In that sense, it’s the Ecclesiastes of Stevens’s discography, reminding us that all is vanity and a pursuit of the wind. But, like Ecclesiastes, the desperate laments of The Ascension also call us to remember our Creator amid days of trouble and yearn for consummation—to look to a time when “the keepers of the house tremble, and the strong men stoop.” 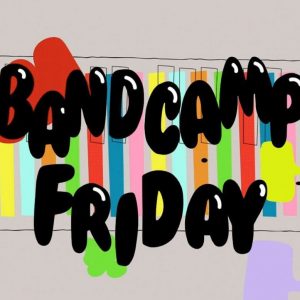 Streaming services like Spotify and Apple Music are great deals for consumers, giving us access to nigh-infinite amounts of music for one low monthly price. But their value for musicians has been a topic of debate, especially in light of how little they actually pay artists and controversial statements by Spotify CEO Daniel Ek that seem to encourage a very commodified view of art.

Bandcamp isn’t a streaming service, but rather, a site where artists and labels can sell music and merchandise directly to fans. While buying and downloading music may seem like antiquated notions these days, Bandcamp has been a hit; to date, fans have shelled out over $640 million on the site since its launch in 2008. And this year, as the pandemic devastated the music industry, Bandcamp took its artist-centric business model one step further with “Bandcamp Fridays.”

Since March 2020, Bandcamp has waived its revenue share on the first Friday of each month, ensuring that even more money goes to artists and labels. The events have been hugely successful: nearly 800,000 fans paid artists and labels a total of $40 million on just those days alone. As a result, Bandcamp Fridays will continue well into 2021.

For all their convenience, streaming services can make it easy to think that music just exists in the cloud, disconnected from the mundane concerns of everyday life. However, we should never forget that our favorite songs and albums are created by human beings beset by the same real-world concerns and expenses that many of us face (e.g., mortgages, groceries, doctor bills). What’s more, most musicians aren’t chart-topping stars, but rather, just getting by (especially in 2020).

Music offers us beauty, joy, and meaning—all things that have been in short supply during this dark and stressful year. It therefore seems only right to express our thanks and appreciation to musicians by helping them meet their material needs (especially if we want to continue enjoying their music). Bandcamp and their “Bandcamp Friday” events give us perfect avenues for doing just that. 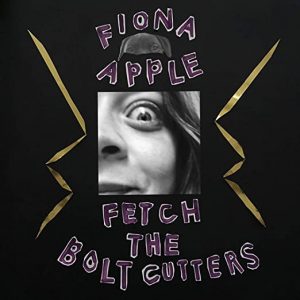 Eight years after her last record (2012’s The Idler Wheel…), Fiona Apple showed up to barrel through 2020 like a blessed train. The singer-songwriter carried the emotional freight for us, exhibiting a refreshing range of responses to the dark thoughts and sticky situations that plague each and every year.

In an age of overthinking, oversharing, and self-unawareness, Apple models a more excellent way. Laboring to know herself—so that she might know how to navigate the world and its web of connections—she asserts her worth and struggles to accept a compliment. She calls out sins committed against her and reminds us of our common culpability. (“Evil is a relay sport / When the one who’s burned / Turns to pass the torch,” she sings on “Relay.”)Fetch the Bolt Cutters treks ahead of listeners, cutting paths through rage, doubt, desire, and acceptance. Waves of piano, sure-footed rhythmic stomps, and unorthodox grooves frame and mirror Apple’s lovely streams of lyrical consciousness. “Know thyself” is oft-abused advice, bent out of shape as permission slips to become our own and only authorities. But Apple does something different on Fetch the Bolt Cutters; she shows what it looks and sounds like to move ever closer to the person you were created to be. 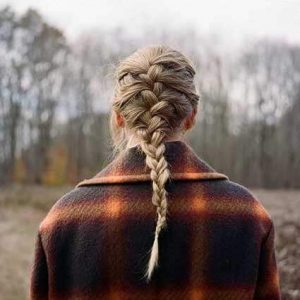 folklore and evermore by Taylor Swift

In the last week of July, Taylor Swift roused the music world with the announcement of her eighth studio album, folklore, dropping that same day. Almost six months later, she repeated the feat, announcing and releasing her ninth album evermore within the span of twenty-four hours.

The two albums mark the next step in her evolution as an artist––from teenage singer-songwriter to pop star to, finally, a versatile storyteller. Perhaps one of the most significant changes Swift incorporates into the folklore and evermore universe is the fact that she’s expanded her writing repertoire beyond her signature autobiographical narrative. Still present are the songs about love, scorned suitors, and tales of revenge; notably more absent is the concept of Swift-as-narrator, replaced instead by Swift-as-voice. In the two albums, she steps behind herself and adapts other tones.

“Remember when I pulled up and said, ‘Get in the car,’” she sings on folklore track “august,” about a girl mourning her fading summer love. “And then canceled my plans just in case you’d call? Back when I was living for the hope of it all.”

In a year characterized by an intense longing for times long gone, Swift’s musical world expands even as all of our personal lives have contracted; folklore and evermore both offer the opportunity to venture outside of ourselves even as we’re forced to stay in. We can welcome the albums as respite and take the chance to escape from reality. We can listen as obvious outsiders to our own lives, self-aware of the ways in which we took our previous routines for granted and how the pandemic has long since dashed those implicit hopes. We can stand on the precipice of what’s to come, ponder for a moment about everything we’ve been forced to leave, and dive. 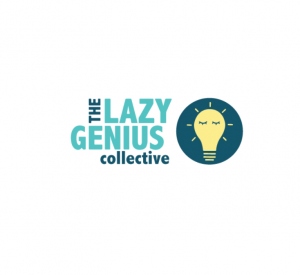 Can you work from home? Can you be close and also distant? 2020 says yes.

This past year was, in many ways, a banner year for smashing oxymorons, and Kendra from The Lazy Genius podcast does exactly that with her instructions on how to manage your life. Her signature instruction to “be a genius about the things that matter and lazy about the things that don’t” cuts to the core of prioritization and helps listeners figure out how to do everything from meal planning to hosting a book swap to raising teenagers. Kendra’s calming voice, amazing executive skills, and outstanding ability to explain… everything is exactly what we need to kick off 2021.