Vanessa Bryant honored the one-year anniversary of the passing of her late husband Kobe Bryant and their daughter Gianna on Tuesday by sharing a heartfelt message from one of Gianna’s best friends.

Bryant shared a letter from Aubrey Callaghan on Instagram early Tuesday morning, saying that while she will “never understand” the tragic deaths of her family and friends, the kind things “Aubz” had to say about their daughter is proof that they as parents “did it right.”

“Today I received this sweet letter from one of Gianna’s best friends,” Vanessa Bryant said in her post. “Thank you so much for beautifully sharing some of your memories of my Gigi with me … My Gigi is INCREDIBLE and I truly appreciate your thoughtful letter. She loves you so much. I miss my baby girl and Kob-Kob so much, too.”

She continued: “I will never understand why/how this tragedy could’ve happened to such beautiful, kind and amazing human beings. It still doesn’t seem real. Kob, we did it right. Gigi, you still make mommy proud. I love you!”

The letter from young Aubrey talks about her friendship with Gianna and how she always pushed her “to be better.”

“Her love of life is something I will also admire endlessly. She attacked each day as though it was her to conquer.” 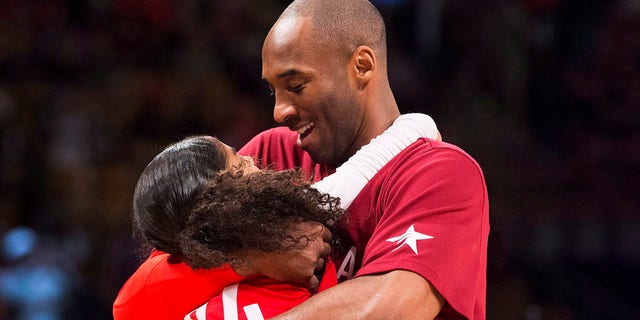 The letter continued: “There are times I get into a pit of despair thinking about her and what she could’ve accomplished had she had a couple more years. But recently I have been thinking about the mark she did leave on this earth. Her fights for equality in sports made the world reconsider their opinions, she along with Mr. Bryant, set the wheels in motion.”

Aubrey wrote to Vanessa that she only hopes that if she one day becomes a mother, her daughter “turns out exactly as yours did.”

“I am so, so blessed I got to have time with your angel of a daughter, and thank you for giving me that chance,” she added. “I love you and am thinking of you as we remember and honor her life.”

Kobe Bryant, his 13-year-old daughter Gianna and seven others tragically died in a helicopter crash in Southern California on Jan. 26, 2020, while on the way to a basketball tournament.