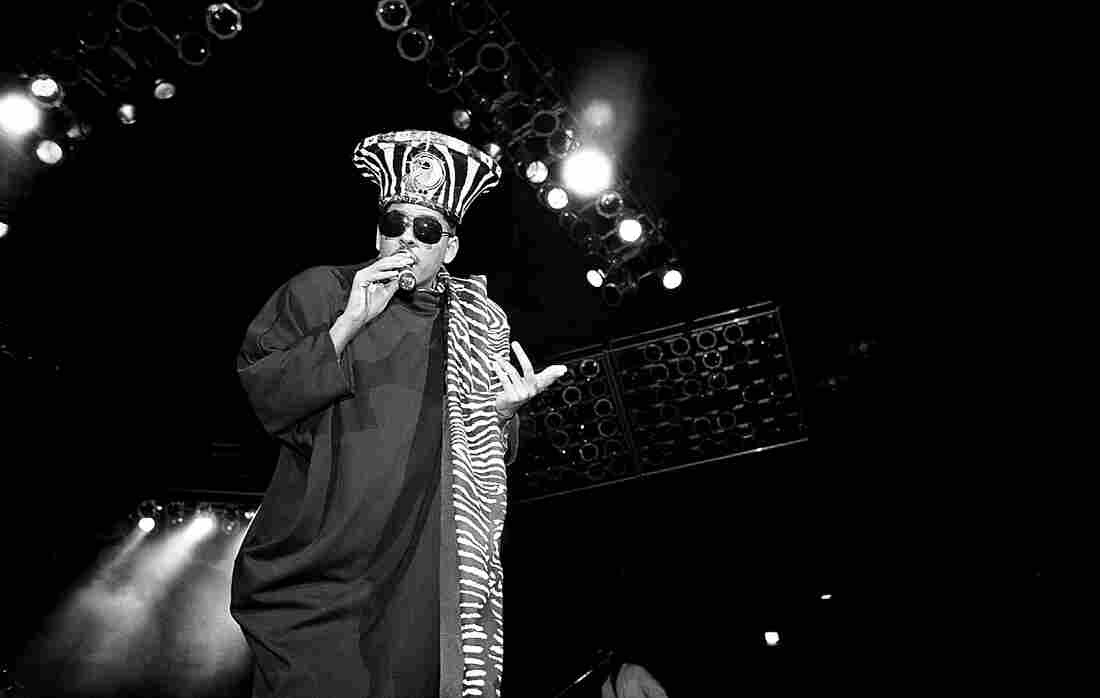 Digital Underground, led by Shock G, shown here in 1990, was one of the early rap groups to follow the example — in sound and energy — set by George Clinton and Parliament Funkadelic. 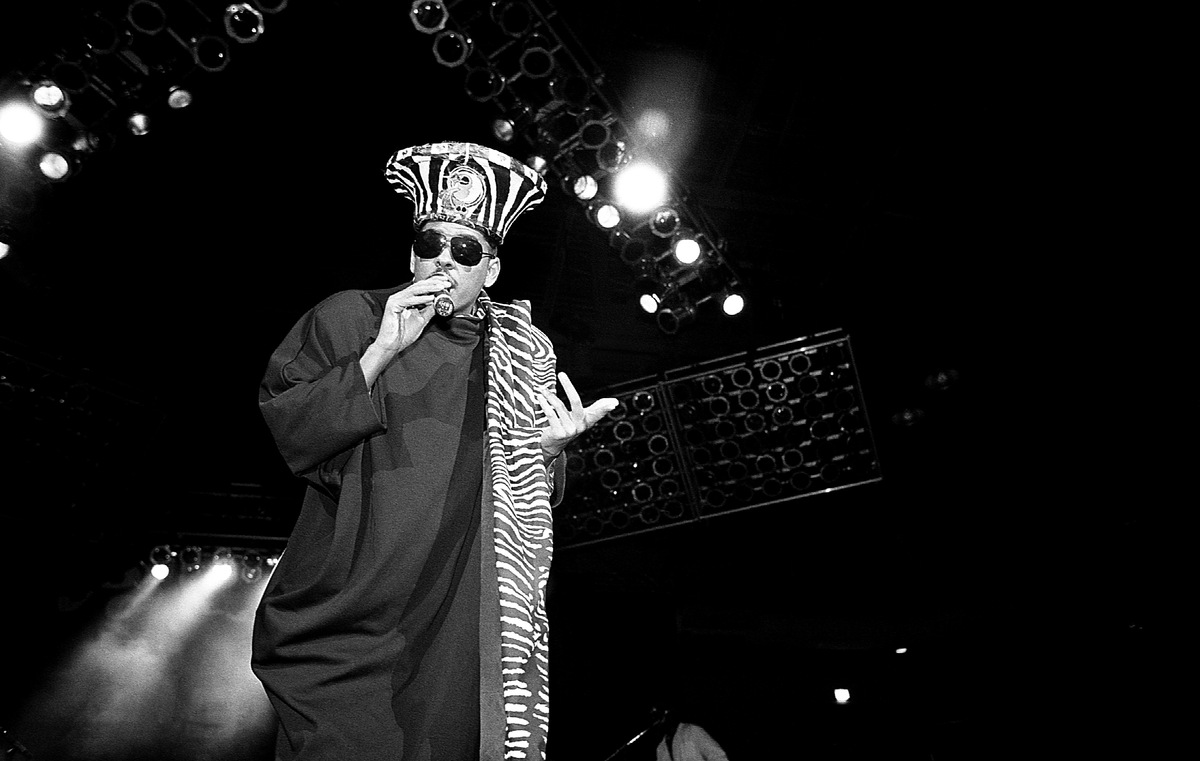 Digital Underground, led by Shock G, shown here in 1990, was one of the early rap groups to follow the example — in sound and energy — set by George Clinton and Parliament Funkadelic.

Shock G, the rapper, producer and musician born Gregory Edward Jacobs who flipped the funk for a new generation and introduced the world to Tupac Shakur as the leader of Bay Area hip-hop collective Digital Underground, has died. His death was confirmed by the office of the medical examiner in Hillsborough County, Florida. He was 57 years old.

As the galvanizing force behind Digital Underground, Shock G wore many hats, literally and figuratively. An introspective songwriter and party starter, he corralled a hodge-podge of hip-hop talent — the group’s members included Money B and DJ Fuze — within a big-tent collective that sounded like a carnival on wax.

Born in New York City, Greg Jacobs spent his teen years in Tampa, Fla. before moving to Oakland and becoming a foundational figure in West Coast hip-hop. In the early ’90s, when the East Coast was still enamored with sampling the Godfather of Funk, James Brown, Digital Underground was one of the early rap groups whose production borrowed heavily from the next iteration of funk, Parliament Funkadelic and founder George Clinton.

“We were the first people to say, ‘George is the next James Brown catalogue … just watch!’ ” Shock G told Vibe Magazine‘s Keith Murphy in 2010.

With the release of its 1990 Tommy Boy debut, Sex Packets, recorded in two weeks, Digital Underground became something of a hip-hop anomaly — a wild assortment of fun-loving freaks and comical-yet-conscious P-Funk offspring, led by Shock G, who served triple-duty as the flashy frontman, piano-playing producer and show-stealing sideman (Humpty Hump) with his own hit song-and-dance, “The Humpty Dance.” The song, defined by a bass groove as loopy and infectious as Humpty’s onstage persona, broke through the top 20 on the Billboard Hot 100. As for his alter ego Humpty’s signature look, it was sealed when he fished a pair of novelty Groucho Marx glasses out of a .99-cent bin while picking up party supplies for their extravagant three-day video shoot for the album’s first single, “Doowutchyalike.”

Like George Clinton, Shock G was adept at harnessing the fun(k), personifying it and making the music that animated the party. Unsatisfied with merely sampling P-Funk, Digital Underground became one of the first rap groups to work with Clinton on their sophomore album Sons of the P.

The group toured the globe with Tommy Boy labelmates like Queen Latifah and a roadie-on-the-come up recruited from the Bay by the name of Tupac. Touring with the band eventually led to his guest verse on “Same Song” from Digital Underground’s 1991 EP, This Is An E.P. Release. That auspicious introduction led to Tupac’s solo deal and a debut album, 2Pacalypse Now, on which Shock G contributed production. Their creative bond would eventually spawn two of Tupac’s biggest singles, “I Get Around” in 1993 and “So Many Tears” in 1995.

“They both had a lot of absence in their lives, I think, from just, like, family,” former Vibe editor-in-chief and Oakland native Danyel Smith told All Things Considered about the bond between Shock and Pac. “It was a very intense, brotherly relationship and they just liked working together so much, they liked partying together. … [T]hey were always influencing each other. And on its best days it was a beautiful thing to see.”

Despite the hits and Digital Underground’s undeniable influence, it was easy to miss much of Shock G’s genius, partly because like any musical magician, he was so good at disguising it. Smith said that even though he made a song — and a dance — that will be known forever, the full measure of his art flew under the radar.

“I still don’t think that the amount of praise and elevation that Shock G receives is commensurate with his impact on culture. And I know that [he] felt that way,” Smith said. “He was pleased with himself and his work. He knew that he was good and that he had big records, but I don’t think that he felt appreciated. And I think that he was right. So while it is so wonderful to see the outpouring, you just always wish that the person could see it. But you can’t be at your own funeral.”