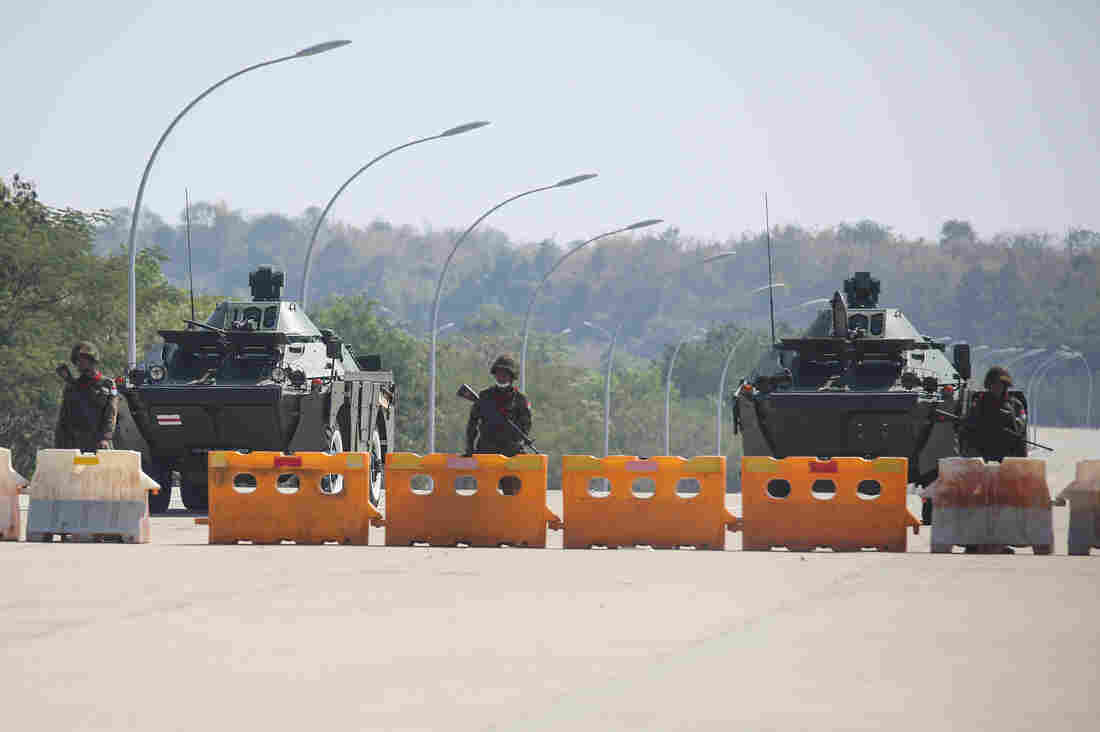 Troops block the road near parliament in Naypyitaw, capital of Myanmar. Myanmar’s military announced Monday that it has seized power and will rule the country for at least one year after detaining its top political leaders. 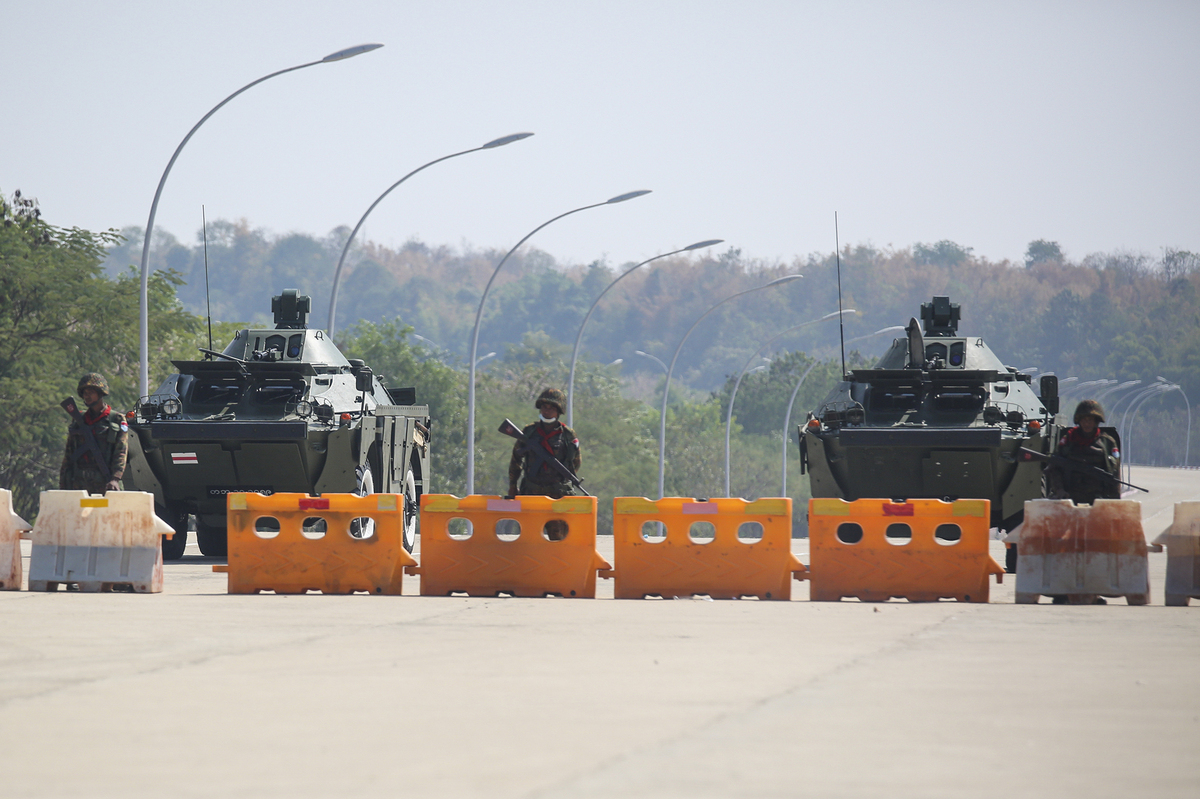 Troops block the road near parliament in Naypyitaw, capital of Myanmar. Myanmar’s military announced Monday that it has seized power and will rule the country for at least one year after detaining its top political leaders.

Myanmar’s military seized control of the country Monday, detaining the country’s de facto leader, Aung San Suu Kyi, and declaring a state of emergency. The military has claimed election fraud in the November vote, in which many members of its party lost.

The coup ousted Suu Kyi and other members of her National League for Democracy party as the Parliament was poised to convene and form a new government. Instead, the Tatmadaw, Myanmar’s military, announced it was taking over the country’s government.

The parliament session had originally been scheduled for Monday, but it was recently postponed for one day because of rumors of a coup attempt. An unknown number of activists and human rights advocates were reportedly arrested on Monday, along with Suu Kyi, President Win Myint and other politicians.

The Tatmadaw says the state of emergency will last until a new election is held one year from now. In the meantime, it has installed Commander in Chief Min Aung Hlaing in power.

In a letter published on an official NLD Facebook page that is attributed to Suu Kyi, she told Myanmar’s public to “protest against the coup,” according to a translation by the BBC. She also told supporters not to accept a return to the military dictatorship that ended 10 years ago. 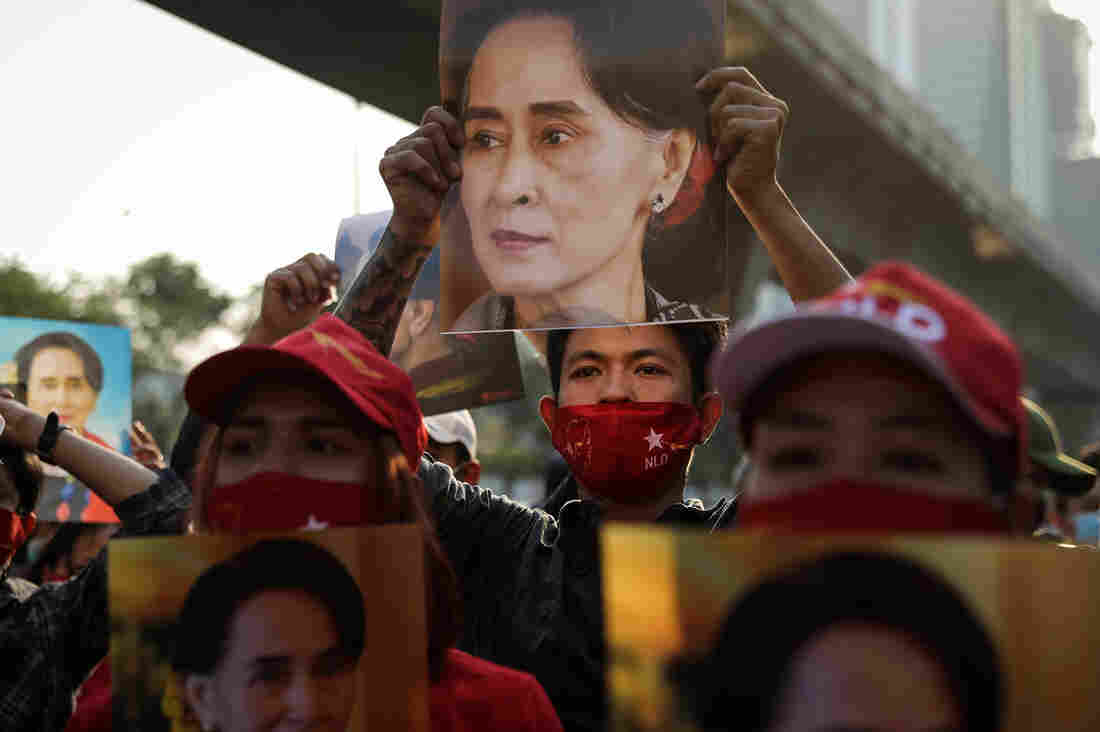 The coup is being condemned on the international stage, as Myanmar appears on the precipice of a return to military rule that controlled the country for decades.

President Biden said in a statement that the coup “will necessitate an immediate review” of whether sanctions against Myanmar should be reimposed. He described the coup as “a direct assault on the country’s transition to democracy and the rule of law.”

The NLD party handily won elections in November, but the military’s refusal to accept the results prompted worries that it would stage a takeover and arrest Suu Kyi and other democratically elected leaders.

The commander in chief released a statement Monday through the military-owned media outlet Myawaddy TV, repeating claims that there were problems with the voter rolls and expressing frustration with Myanmar’s Union Election Commission, which had reported there was no evidence of voter fraud. The commission will be “re-constituted,” he said.

The military has also sought to control the flow of information in the country. The Myanmar Times reports that access to Internet services, phone lines and TV channels were cut on Monday. Banks also shut down, citing the disruptions.

U.N. Secretary-General António Guterres “strongly condemns the detention” of Suu Kyi and other elected leaders, spokesman Stéphane Dujarric said. Expressing concern about the seizure of all three branches of Myanmar’s government, Guterres called on the military leadership “to respect the will of the people of Myanmar and adhere to democratic norms.”

Suu Kyi, 75, holds the official title of state counsellor, but she has been Myanmar’s de facto leader since 2016. Despite her party’s dominance at the polls, the Nobel Peace Prize winner is barred from officially becoming president because of legal requirements set by the military.

When the Tatmadaw formally ended military rule in the face of democratic reforms in 2011, the military enshrined many of its powers in the country’s new constitution.

“Even today, it’s in charge of the defense ministry, the home ministry,” NPR’s Michael Sullivan reports. “It reserved a quarter of the seats in Parliament for itself in that constitution. And that’s pretty much prevented Suu Kyi and her party from achieving some of what they wanted. She’s been trying to get the constitution changed, and the military hasn’t been happy about that, either.”

The coup comes as Myanmar faces a number of challenges, from the COVID-19 pandemic to multiple ethnic insurgencies. The country is accused of committing war crimes and other human rights violations in the state of Rakhine against its Rohingya Muslim minority and Buddhist separatists. Suu Kyi herself appeared before the International Court of Justice in The Hague in 2019 to defend Myanmar against a charge of genocide.

“This is an ominous moment for people in Myanmar, and threatens a severe worsening of military repression and impunity,” she said, adding that the sweeping arrests show that the military will not tolerate dissent.