Senate GOP Leader Mitch McConnell blasted President Biden’s pick to lead the Department of Homeland Security (DHS) as an “ethically-compromised partisan lawyer” who abused his power during the Obama administration.

McConnell said in a scathing floor speech Tuesday he’ll be voting against Alejandro Mayorkas to lead the DHS and urged his colleagues to do the same.

“As a high-ranking official in the Obama administration, Mr. Mayorkas did his best to turn U.S. Citizenship and Immigration Services [USCIS] into an unethical favor factory for Democratic Party royalty,” McConnell, R-Ky., said.

McConnell brought up an inspector general report that found Mayorkas intervened to help foreign investors in the EB-5 visa program who were connected to top Democrats.

“We are talking about shoving through green cards as political favors, and intervening to overturn denials,” McConnell said.

McConnell also referenced a pardon scandal under former President Clinton and said Mayorkas created a “culture of fear and disrespect” when he led USCIS.

“Does this sound like someone who deserves a promotion?” McConnell said. 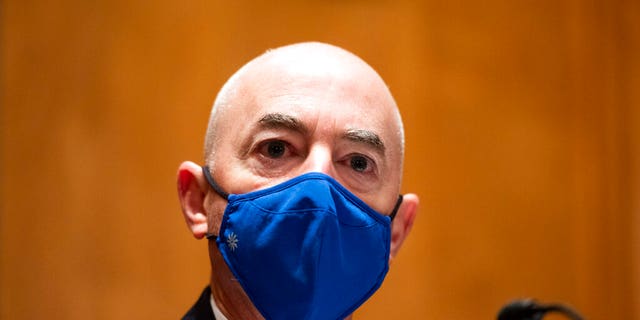 McConnell said he approved Biden’s previous nominees because they were “mainstream” choices, but Mayorkas is “something else.”

ALEJANDRO MAYORKAS: WHAT TO KNOW ABOUT BIDEN’S DHS PICK

“He does not deserve Senate confirmation to lead Homeland Security. Frankly, his record should foreclose confirmation, even to a lower post,” McConnell said.

“It’s frankly remarkable that someone with this record is even up for a Cabinet appointment,” McConnell added.

The Senate will vote Tuesday afternoon on Mayorkas nomination. Born in Havana, Cuba, Mayorkas would be the first immigrant to serve as head of the Department of Homeland Security.

“Mr. Mayorkas’ qualifications are unassailable: he is a seven-year veteran of the DHS and has already been confirmed by this chamber three—three—times,” Schumer said. “Like most of President Biden’s Cabinet nominees, his nomination is also history-making: He will be the first Latino and first immigrant to hold the top job at DHS.”