JoJo Siwa came out as a member of the LGBTQ community over the weekend.

The 17-year-old children’s star and former “Dance Moms” performer got candid with her fans during an Instagram Live video on Saturday where she confirmed the news that she’d been hinting at for a few days prior.

“Personally I have never, ever, ever been this happy before and it feels really awesome. I’ve been happy for a little bit now. It’s just so, so, so awesome,” Siwa told her followers. “You guys probably haven’t seen me this happy since I was on tour.”

She explained that she does not identify as being straight, but stopped short of putting any more labels on herself. Siwa noted to her followers that she’s not fully sure where she stands with labels at this time and didn’t want to apply any while she still figuring things out. 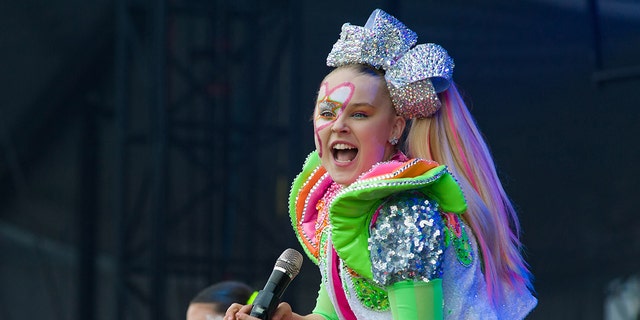 JoJo Siwa came out as a member of the LGBTQ community.
(Timothy Hiatt/Getty Images for Nickelodeon)

“I think humans are awesome, I think humans are really incredible people. Right now, I’m super duper happy and I want to share everything with the world but I also want to keep things in my life private until they are ready to be public. Right now what matters is that you guys know that no matter who you love, that it’s OK. It’s awesome and the world is there for you,” she says in the video. “There are so many people that are there for you. I know everyone’s situation is different and it might be harder for some people and it might be easier for some people to come out or be themselves but I think coming out has this stigma around it — that it’s this really, really, really scary thing, but it’s not anymore. There are so many accepting and loving people out there that it’s OK.”

She went on to note that she’s aware that there will be people who will criticize her decision to come out. However, she explains that she hopes to send a message to people to value their own happiness over what other people think.

“Of course people are going to say it’s not normal, but nothing is normal. Literally not one thing about anybody is normal and it’s OK not to be normal, it’s OK to be a little different, it’s OK to be a little weird, strange, different. That’s something we should never, ever be afraid of. That’s something we should be proud of.”

Siwa went on to explain that she always knew she could be comfortable in a romantic relationship with either a man or woman. However, because she has never fallen in love, it wasn’t something she felt she had to put a label on until now. She also touched on how her family reacted to the news, noting that her mother seemed to know even before she did.

“My parents have known. My mom said she’s known for the last two years. She’s like, ‘I just know with you!’ Around two years ago, she was like, ‘I don’t think you only like boys, that’s totally okay.’ They’ve always been so everything … My family is awesome,” she said.

The social media celebrity turned heads last week when she shared a TikTok video of herself lip-syncing to Lady Gaga’s “Born This Way.” She followed that up with a photo of herself wearing a T-shirt that she says she received from her cousin that reads: “Best. Gay. Cousin. Ever.”