A suspect — a 25-year-old man — was taken into custody after someone called 911 about the shooting early Tuesday in Muskogee, police spokeswoman Lynn Hamlin said.

Police did not immediately release the names and ages of the victims, or information about a motive.

But investigators believe the victims were a family, and that the suspect lived with them, Hamlin said. She said she did not know whether the suspect was related to the victims.

“It was not random … because they all did live in this home together,” Hamlin told reporters Tuesday afternoon. “But as far as what all of those relationships look like, we just don’t know that yet.”

Police were called around 1:30 a.m. Tuesday

Hamlin said someone called 911 with a cell phone around 1:30 a.m. CT Tuesday about several people having been shot at the home in Muskogee, a city of about 37,000 residents roughly a 40-mile drive southeast of Tulsa.

Hamlin said she didn’t know who made the call.

“When (officers) arrived, they saw a suspect leaving the residence with a gun in his hand. One of our officers fired at that suspect, missing him,” Hamlin said. 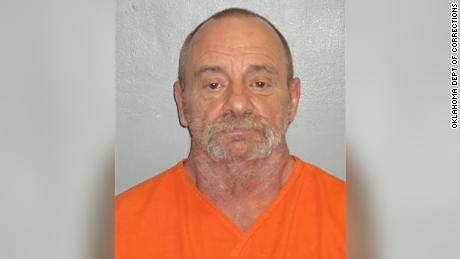 The suspect ran, but officers arrested him after a short chase, Hamlin said.

Inside the home, officers found four children and a man dead, along with an injured child and the injured woman — all of whom had been shot — police said.

The wounded child and woman were taken by helicopter to a Tulsa hospital, where the child was pronounced dead, police said.

The woman was being treated for life-threatening injuries at the hospital, police said.

Suspect is not cooperating with investigators, police say

The suspect was being held in the Muskogee County jail Tuesday morning, according to Hamlin. She did not say on what charges he was being held.

“He has chosen to not cooperate with the investigation at this time,” Hamlin said Tuesday afternoon.