Scientists from the University of Zurich played marmosets audio recordings of vocal interactions between their peers and recorded their behavior and body temperature to gauge their reaction, the American Association for the Advancement of Science said in a news release published Wednesday.

The animals reacted differently based on their sex as well as their social status — those who have offspring, known as breeders, or those with no offspring of their own, known as helpers.

Researchers played recordings of an opposite-sex adult interacting with a begging infant, either making food-offering calls or aggressive calls, to 21 adult marmosets.

The scientists also played the begging infant, and the adult’s food-offering and aggressive calls back individually as a control.

Marmosets’ and other monkeys’ noses change temperature according to their emotional state, with stress leading to a drop in temperature as blood flows to central organs, Rahel Brügger, a doctoral candidate in anthropology at the University of Zurich, told CNN.

Researchers measured the temperature change when marmosets listened to both the individual calls and the two marmosets interacting. 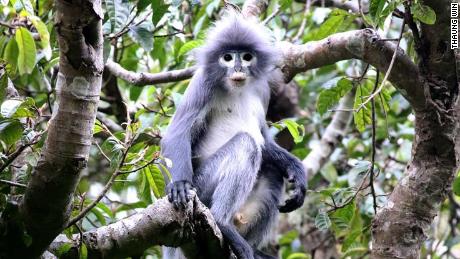 The scientists found the change in nose temperature was greater when the marmosets listened to an interaction than the sum of the temperature change when they heard the individual calls, leading to the conclusion that marmosets interpret the interactions as conversations.

“These marmosets are not just passive observers of third-party interactions, they really interpret and understand what third parties are doing,” Brügger said.

In general, the helper marmosets recorded greater temperature changes than their breeder peers.

Female helper marmosets’ noses got colder after listening to males interact with infants, as this indicates a neighboring group with young monkeys and the presence of competing females. “In nature, this situation would be difficult for these marmosets,” Brügger said. 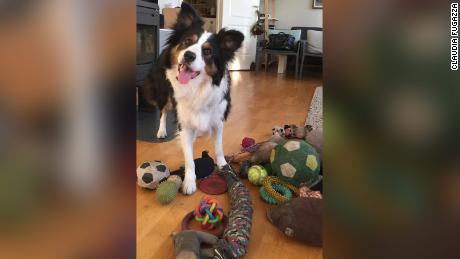 Male helpers’ nasal temperature rose after listening to aggressive interactions or a female call by itself, because this could indicate a potential mating partner, Brügger explained.

The team then tested whether the marmosets would seek interaction with the sharing monkey or the aggressive monkey by opening two compartment doors simultaneously.

One door would let them return to the original enclosure, while the other opened onto an additional compartment from which a hidden speaker played either the food-sharing or aggressive interaction. 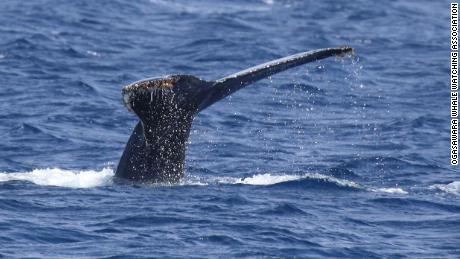 Marmosets showed a preference for cooperative adults, as they were more likely to go through the door where the food-sharing call was played, Brügger explained.

“They even are more curious about the potential mating partner if they assume (based on the playback) that the potential partner is a cooperative one rather than a competitive one,” she said.

The research published Wednesday in the journal Science Advances.