Capitol Police officer Brian Sicknick, who died earlier this month after responding to a deadly riot inside the U.S. Capitol, will lie in honor in the building, officials said Friday.

“The U.S. Congress is united in grief, gratitude and solemn appreciation for the service and sacrifice of Officer Brian Sicknick,” Pelosi and Schumer said in a joint statement. “The heroism of Officer Sicknick and the Capitol Police force during the violent insurrection against our Capitol helped save lives, defend the temple of our democracy and ensure that the Congress was not diverted from our duty to the Constitution.  His sacrifice reminds us every day of our obligation to our country and to the people we serve. 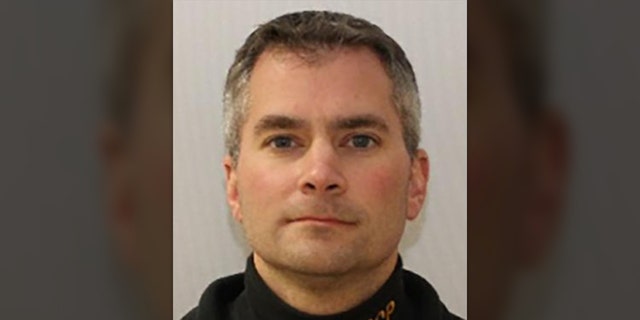 Deceased Capitol Police Brian Sicknick will lie in the state in the Capitol next week before he is buried at Arlington National Cemetery
(U.S. Capitol Police)

“On behalf of the House of Representatives and the Senate, it is our great privilege to pay tribute to Officer Sicknick with this lying-in-honor ceremony,” the statement continued.  “May this ceremony and the knowledge that so many mourn with and pray for them be a comfort to Officer Sicknick’s family during this sad time.”

Sicknick, a member of the department’s First Responder’s Unit who joined the force in July 2008 and previously served six years in the New Jersey Air National Guard, died a day after being hit in the head with a fire extinguisher as a pro-Trump mob stormed the Capitol on Jan. 6.

He collapsed after the attack and was taken to a local hospital, where he later died. His death is being investigated as a homicide.

The siege came while Congress was certifying President Biden‘s Electoral College win and after a “Stop the Steal” rally in which Trump repeated unfounded claims of election fraud. In the days since, Capitol Police officers have been hailed as heroes as they were badly outnumbered by rioters who engaged in vandalism, property destruction and assault.

In total, five people died as a result of the insurrection. On Tuesday, Acting Capitol Police Chief Yogananda Pittman apologized to Congress for her department’s response.

“I am here to offer my sincerest apologies on behalf of the Department,” she said in an opening statement during a House Appropriations Committee hearing. “But I am also here to tell you what we are doing to secure the U.S. Capitol from future threats — whether domestic or foreign.”

A congressional tribute will follow soon after for invited guests only due to the coronavirus pandemic. A departure ceremony will be held later that day before Sicknick is taken to be interred at Arlington National Cemetery in Virginia.

Two Capitol Police officers were laid in honor in the Capitol Rotunda in 1998 after they were gunned down when an assailant opened fire inside the building. Officer Jacob J. Chestnut, Jr., and Detective John M. Gibson both died.

Gibson exchanged gunfire with the shooter and his actions allowed other officers to subdue the gunman, according to the House, Art & Historical Archives.