By making his first Cabinet agency trip to the State Department and not the Pentagon or CIA, Biden is aiming to underscore his administration’s renewed focus on repairing American alliances and using diplomacy as a tool abroad, an official said.

Vice President Kamala Harris will accompany Biden on the visit.

Biden is not expected to offer concrete policy direction in his speech to America’s oldest Cabinet agency, which will center on the theme of “restoring America’s place in the world,” one of his central campaign promises.

However, he is expected to announce his intention to increase the number of refugees allowed to be admitted into the United States after years of historical lows under the Trump administration, two sources familiar with the plans told CNN, fulfilling a campaign promise. 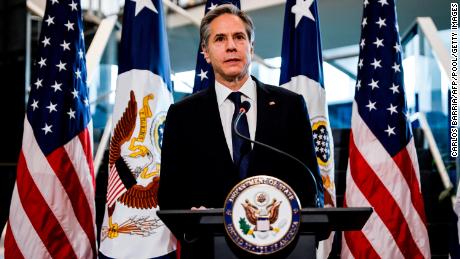 The content and the symbolism of his appearance is meant to convey unmistakable signals: that this administration values diplomacy and its diplomats, it will center its foreign policy around cooperation with allies, and it will work to restore its reputation as a country that leads by example.

White House press secretary Jen Psaki said Wednesday that Biden’s visit, which was rescheduled from earlier this week due to weather, “is largely focused on his desire to thank the men and women who are foreign service officers, civil servants, who are the heart and soul of that institution and frankly our government.”

“Many of them have had a challenging couple of years,” she added.

Secretary of State Antony Blinken, a longtime Biden associate and veteran of the department, has sought to start his tenure by emphasizing the importance of the State Department’s career workforce, whose expertise was oftentimes shirked and viewed with suspicion by a President who once called the agency “the Deep State Department.”

Donald Trump visited the department just once in his four years in office for a ceremonial event. He repeatedly and publicly disparaged one of its most well-respected diplomats, Marie Yovanovitch, during the course of his first impeachment. His secretary of state, Mike Pompeo, failed to publicly or robustly defend her, deepening the decline in morale at Foggy Bottom. 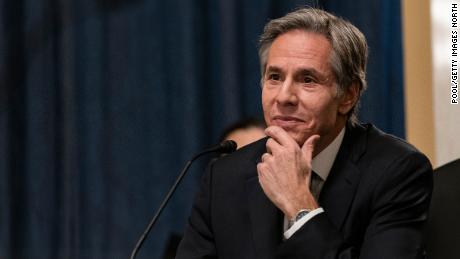 Blinken pledged to have the backs of his workforce on his first full day as secretary of state, a commitment that US diplomats said was necessary after years of being denigrated. However, they have also said that actions will speak louder than words and it will take time to see exactly how the Biden administration lives up to its promises and elevates the diplomatic corps.

Psaki, who was a State Department spokesperson under the Obama administration, said Biden will “talk broadly about foreign policy.”

“How could he not, if he is there? This will not be a lay down of his vision for every issue and every foreign policy issue. He will have plenty of time to do that,” she said.

Both the President, his top diplomat and their top officials have repeatedly stressed that the most daunting challenges facing the US — from the existential threat of climate change to the transnational threat of cyberattacks and near-peer competition from an increasingly aggressive China — require allies to work together. 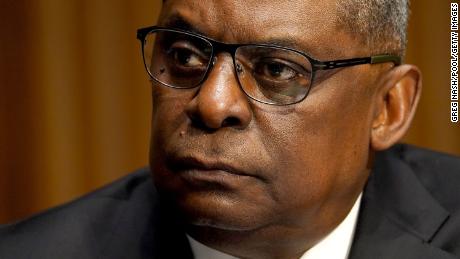 The administration is now undertaking a series of reviews of foreign policy challenges as it determines its own policy. However, Biden has indicated he will seek to frame his foreign policy around shoring up alliances and returning to multilateralism after the “America First” Trump era.

Biden has spoken by phone to more than a half-dozen foreign counterparts since taking office, while Blinken has been working the phones intensely to do outreach to his counterparts around the world.

A source close to both men has said that they are aware that there is serious repair work to be done after four years of the Trump administration left allies wary and bruised — and uncertain about how reliable an ally the US will be in future.

“There’s a real sense among allies is, ‘How long can we count on them?'” said this source. “We have to address that.”