Majestic forts, regal palaces, colourful markets, mysterious dunes, and incredible wildlife lure every kind of traveller to the mesmerizing landscape of India’s desert state. As a result, Rajasthan is one of the most visited destinations in India, welcoming hundred thousands of tourists every year.

However, only a handful of destinations in Rajasthan, like Jaipur, Udaipur, Jodhpur, Jaisalmer, Pushkar and Ranthambore, get the majority of people travelling to India. These are after all the places in Rajasthan that not only offer a wide variety of sites steeped in history but also an incredible array of modern comforts like luxury hotels, restaurants and buzzing markets.

For a keen traveller, someone who wants to truly venture off the beaten track, there are several hidden gems in Rajasthan waiting to be explored. Travellers will have to sacrifice a few comforts for bumpy bullock cart rides and rustic stays in this endeavour. But then, this side of the Rajasthan reveals itself only to the curious souls.

Shekhawati may not have the imposing forts and palatial luxury abodes of the kings of yore. Still, it brings forth an aspect of this culturally vibrant state that is rarely highlighted in any of the travel brochures.

Many of Shekhawati’s towns are filled with colourfully painted Havelis (merchant mansions) dating back to the 18th century. These towns, which were once trading hotspots, are today connected with only single dirt roads. Some of the most popular towns like Ramgarh, Fatehpur, Mandawa and Jhunjhunu still have well preserved impressive Havelis that are open to the public.

What you get here is a walk through one of the largest open-air art galleries! Commissioned by wealthy Marwari merchants these grand mansions are adorned by colourful frescoes, which give them a unique look from the rest of the monuments scattered around Rajasthan. 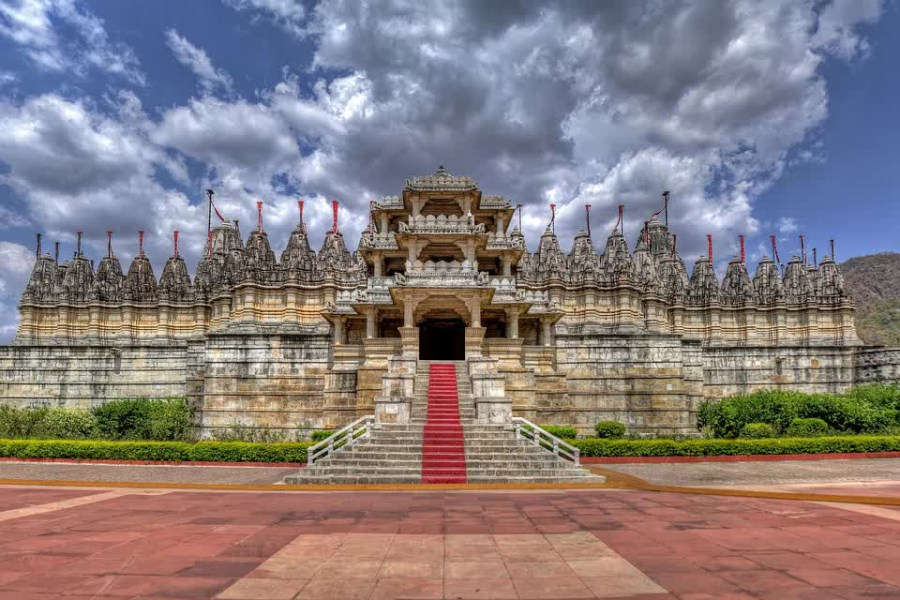 Tucked away in the ancient Aravalli Mountains is one of the most fascinating hidden gems in Rajasthan. In Ranakpur, you’ll find an exquisitely carved set of Jain temples that are an architectural masterpiece and dates back to the 15th century. Upon arrival at the temple, you’ll be struck by the sheer three-storey size of the building. Furthermore, the elaborate domes and shikaras make for a wonderful first impression of this marble structure.

The most remarkable feature of this sacred spot, dedicated to the first Jain Tirthankar, Adinath, is a network of over 1000 intricately carved pillars located inside the temple. Each pillar has a unique design and is located such that the design allows a clear view of the idol of Adinath.

Owing to its design, the interiors are calm and breezy, offering a pleasant respite from the road journey one needs to undertake to get to this part of the state. A short detour from the road connecting Udaipur and Jodhpur, these temples are a sight to behold.

Charmingly set by the foothills of the Aravallis, Dungarpur is teaming with elegant royal residences and artisans working their magic on lacquered toys and picture frames.

Like Udaipur, it also has a beautiful lake but without the crowds, making it the perfect hidden gem in Rajasthan for those who want to step away from the tourist crowd. Moreover, there is enough here to keep you occupied for more than a couple of days.

The Udai Bilas Palace, which also houses a private museum called the Ajaibghar, brings alive the Dungarpur state and its first family through an eclectic collection. The displays range from textiles, silver, and miniature paintings to photographs, ceramics and more.

Juna Mahal is a 13th-century seven-storied edifice. Made from the bluish-grey Pareva stone, its rugged exteriors are quite in contrast to the beautiful murals, miniature paintings and delicate glass and mirror work that adorn its interiors. The other exquisite creation from the Pareva stone is the Badal Mahal, located on the banks of the lake.

Bikaner is a beautiful manifestation of everything that Rajasthan encompasses. From forts to palaces, from Havelis to temples, from colourful desert life to mouthwatering food; this town has it all. Being slightly off the tourist radar is a blessing in disguise as the place has managed to retain its original charm.

Travellers will find that the old part of the city still preserves magnificent merchant Havelis, not by converting them into tourist sites but by making them livable. Time stands still once you walk through the Kote Gate towards the old market as if you have entered a bygone era.

The Junagadh Fort might not be as imposing as some of the other ancient forts around Rajasthan, but the intricately carved frescoes and bejewelled interiors are unrivalled. The National Research Centre on Camel located just 15min outside town is a perfect place to spend an afternoon to learn about this ship of the desert and sample some delicious treats made from Camel milk!

An off the tourist trail town hidden gem in Rajasthan, Bundi is peppered with blue coloured houses and is dominated by a magnificent fort which almost grows out of the hill. The Taragarh Fort and Chitrashala are a treasure trove of colourful murals and inlaid glasswork. Built-in the mid 13th century, the fort is a steep climb but offers unforgettable panoramic views of the city.

The most fascinating of all the sites, however, is the step wells of Bundi. Being a unique feature of the Indian sub-continent, you’ll find these architectural marvels in several places while travelling in Rajasthan. The hauntingly beautiful step well of Neemrana and Chand Baori near Jaipur are two worth visiting. These step-wells were not only used for water storage but were also places for socializing and religious gatherings.

There are said to be over 50 of them in Bundi! The most famous and well maintained of them is Raniji-ki-Baori. Built-in the late 1600s, it is 46m deep, and many of its beautiful paintings remain intact even today.

More step-wells, like Bhoraji-ka-Kund, Nagar Sagar Kund, Abhay Nath ki Baori, Dadhi Manthan Baori and others, though smaller, are equally magnificent. They can be found waiting to be explored, hidden within the labyrinth of never-ending lanes of this town. 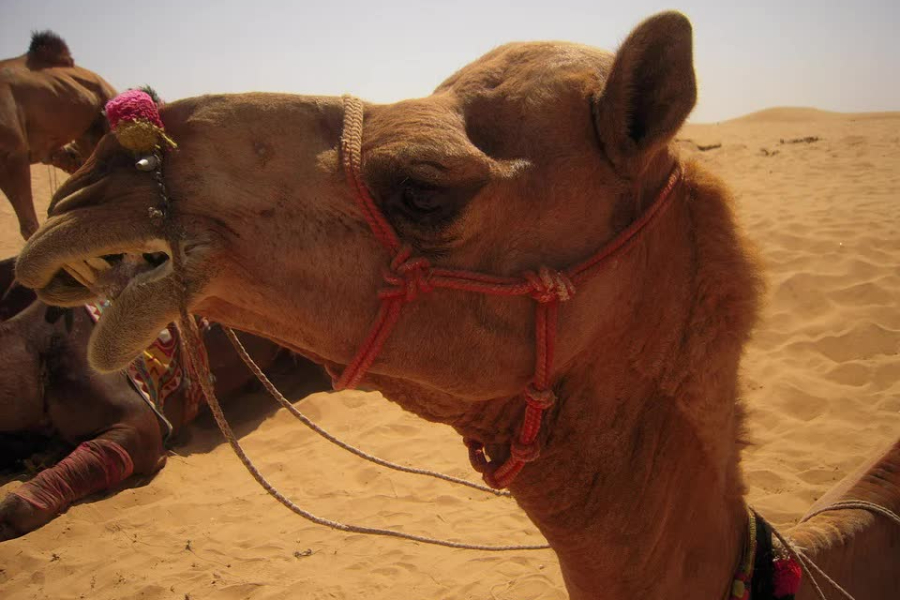 Although Rajasthan is as mainstream as it gets, a little detour can help you unearth hidden gems that will change your perception of this ‘bucket list’ destination forever.

About the Author: Namrata is a writer for Ticker Eats the World. Getting lost in the labyrinths of historic cities is her ideal holiday. She has a penchant for unique and off-beat experiences and embraces slow travel. She writes about her personal travel experiences on her blog happypheet.in. You can also follow her travels on Instagram.